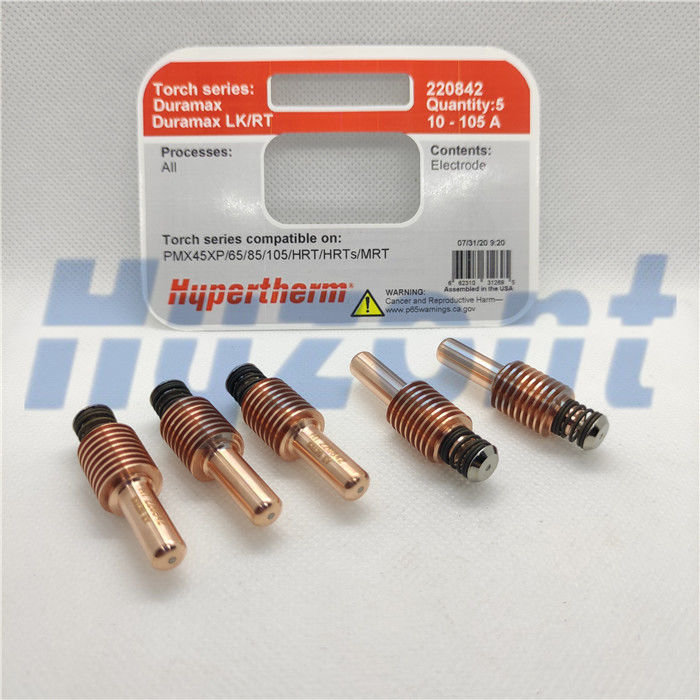 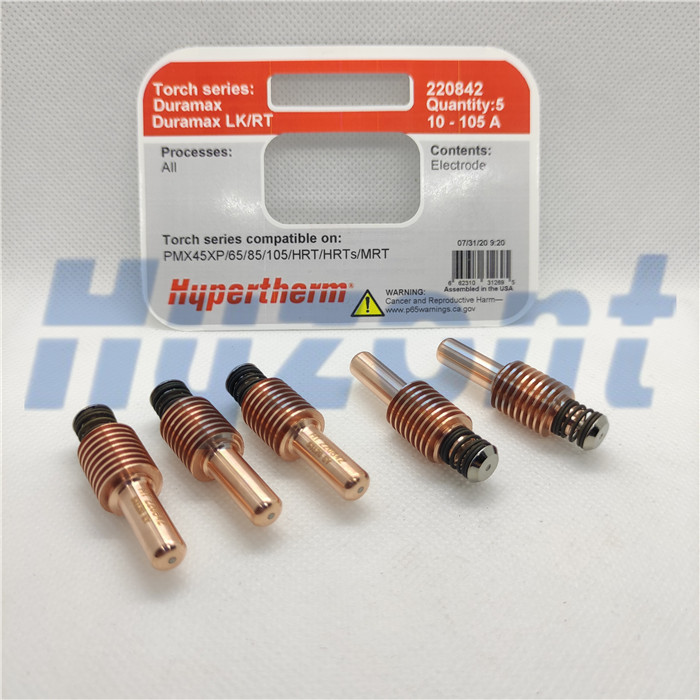 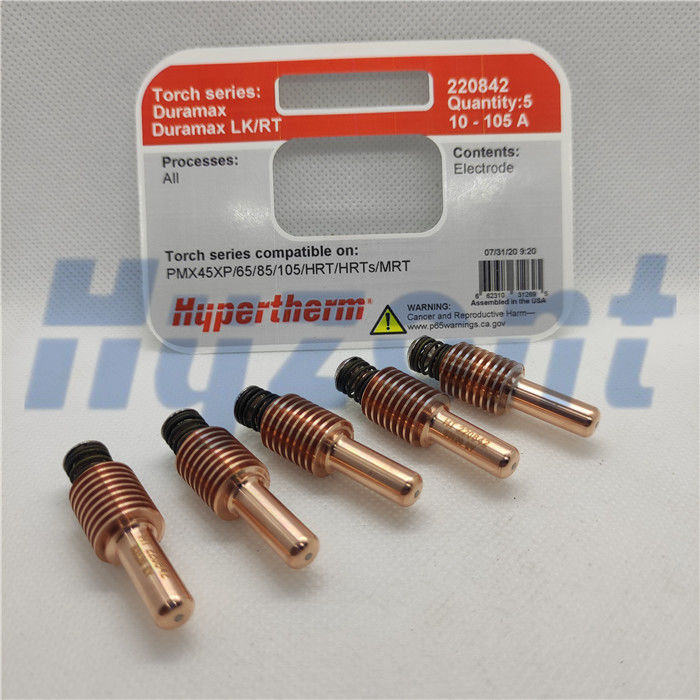 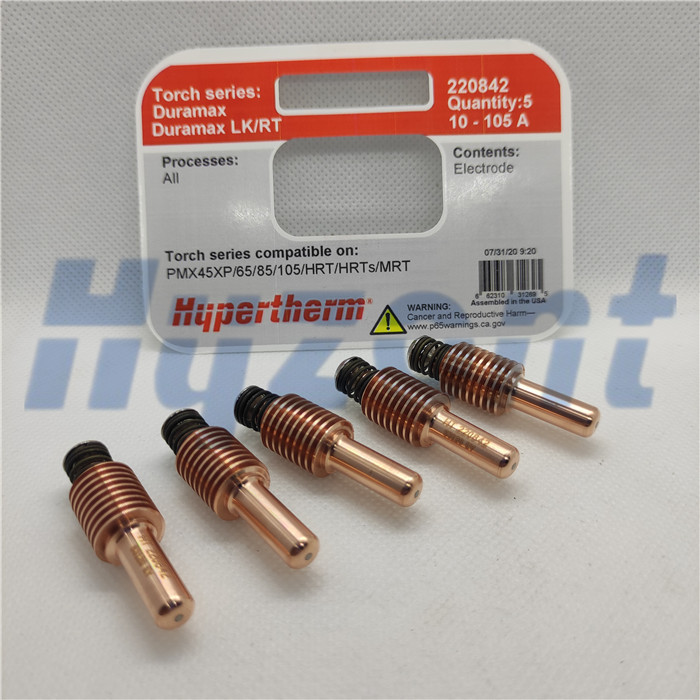 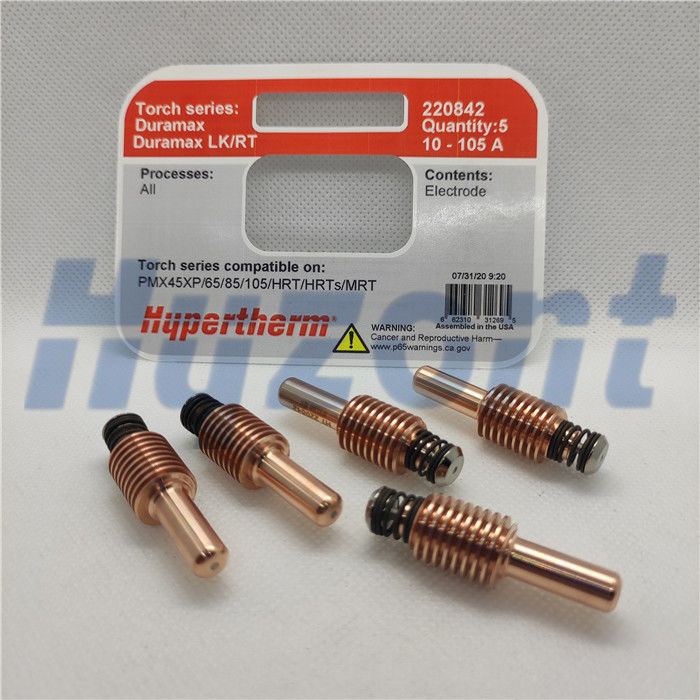 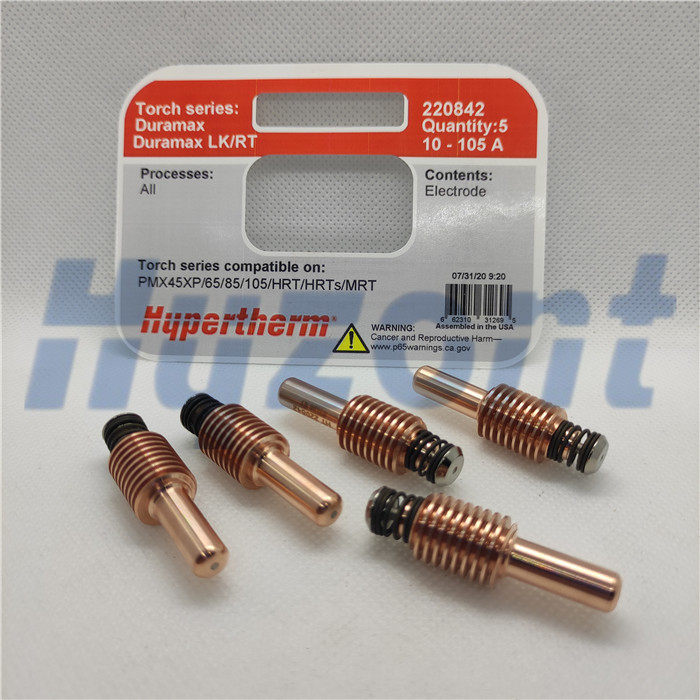 Today’s plasma systems can produce exceedingly nice cut parts with little or no post-production processes. Yet, a plasma system is only as good as the consumable parts in the torch. Purchase knock-off (sometimes called after-market) consumables and your system’s performance could suffer. Often time, people don’t think about the engineering and precision that goes into the engineering and manufacture of plasma consumables. Isn’t it just a piece of copper machined in a certain shape? Some might have you think so, but in reality, Hypertherm consumables contain a lot of hidden technologies, most patented, and are machined to extremely tight tolerances (eight times narrower than a human hair) to deliver the cut quality and life expectancy people have come to expect. Sometimes though, the lure of cheaper aftermarket consumables is too hard resist. Persistent sales people from these aftermarket consumable manufacturers insist “their” consumables perform just as well and cost half as much. What they neglect to tell you is “their” consumables only last for a fraction of the time. And then there’s the cut quality. When engineering our consumables, Hypertherm doesn’t just look at how long they last; we look at the cut quality they deliver. We look at ISO:9013 ranges. For those of you unfamiliar with ISO:9013, it is a standard that defines the cut quality of thermally cut parts. Cuts are rated on a range of 1 to 5. A Range 1 is best with minimal angle, Range 5 is worst. As the chart below shows, cut quality among consumable brands is not equal. In this particular example, Hypertherm consumables deliver Range 3 cut quality for approximately 900 starts, and then a Range 4 for 700 more starts. Combined, this particular set is expected to deliver 1,600 starts. The two competing consumables never deliver Range 3 cut quality, and in the case of Competitor B don’t even deliver Range 4 quality.